Christine Sage | Sculptor profile
« Back to all sculptors list 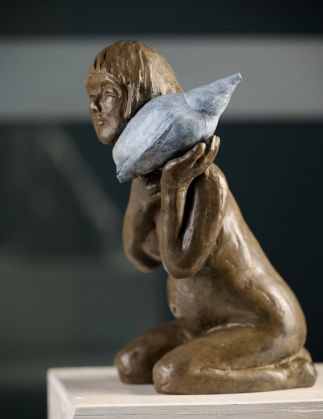 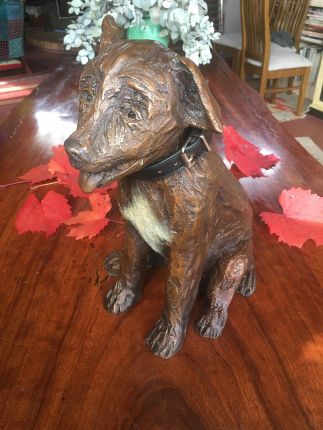 View all sculptures by Christine Sage

Send an email to Christine Sage

Chris’s art was early influenced by her study under the mentorship of William Ferguson and John Borrack at Melbourne State College.

Her work changed direction from the exterior landscape to the interior after an artist-in-residence position at the Arthur and Yvonne Boyd Education Centre on the Shoalhaven.

A travelling scholarship to Yemen furthered this direction and resulted in an exhibition of donated works to put a roof on a school in Jibla, Saudi Arabia.

She has travelled and painted the deserts of South and Central Australia and has spent considerable time researching in Victoria’s Mallee.

Her body of work has resulted in over 20 exhibitions throughout Victoria in group and solo shows and she  played a large role in the ‘Mama Serpentine’ project featured on the ABC Message Stick program.

In 2005, her first illustrated book ‘Storm in a Teacup’ was published by St Luke’s Innovative Resources (Bendigo) and she also completed a Master of Visual Arts, Monash University.

An art textbook which is used currently by numerous schools nationally  “Drawing Made Easy”, was published in 2009.

Chris is sought after as an Artist in Residence in kindergarten, primary and secondary schools across around Victoria with a focus on creating murals / mosaic or sculptural work for small and large spaces.

Chris also works from her own studio on numerous commissioned works and large Bronze Sculptures . ( www.hullabaloostudio.com.au)